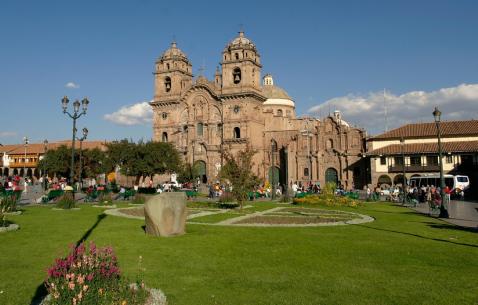 Cusco is a fascinating city in southeastern Peru which is best known to be the capital of the famous Inca Empire. The rich history and culture of the city listed it among the UNESCO World Heritage Sites and it is one of the most visited cities in Peru. The comfortable city is within a close vicinity of other major Inca sites like Machu Picchu and the Sacred Valley of the Incas, making it a perfect starting spot for Inca tours. The area was once occupied by the Killke people from 900 to 1200. However, the area came under the Inca rule during the 13th century and Cusco became the capital as well as a significant political, cultural and economic centre of the Inca Empire. The sleepy little city transformed into the powerful capital of a vast empire and thrived till the 16th century. The 16th-century saw the Spanish conquest of South America. The Spanish explorers invaded the city in 1533 and gained control over Cusco because of their arms and horses, employing superior military technology. Following the downfall of the Inca Empire, Cusco became the centre of Spanish colonisation and spread of Christianity in the Andean world. Today Cisco is a vibrant city that stands of layers of cultures and boasts well-preserved colonial architecture, remnants of a rich and complex history, remains of indigenous Quechua culture, a number of ruins, historic sights, fine buildings and palaces, magnificent churches, panoramic views of the Andes, a plethora of museums and art galleries, lively markets, outstanding performing arts, exciting festivals and events, sightseeing tours, outdoor activities, a glorious past and a rich culture. The ruins, Baroque churches and palaces all give us a glimpse into a time when the city was a major superpower and there was a significant impact of the Spanish as well as the Inca culture in the area. A visit to Cusco would take you back in time as you explore the hidden secrets of the capital of one of the greatest, and most mysterious civilisations to ever exist.

Essential travel information and Cusco tips for your visit

Plan Your Trip To Cusco

The best tours and activities in the city, guided by experts to give you a local insight to the best of Cusco