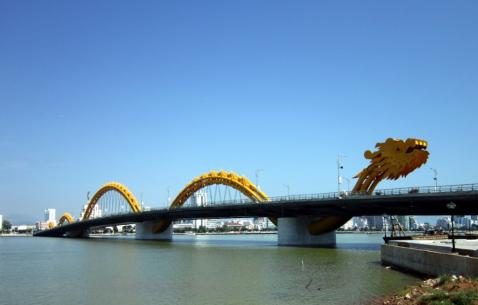 Vietnam’s fifth largest city and one of its major ports, Danang is conveniently located in central Vietnam, about halfway between Hanoi and Saigon. With a population of a little over a million people and a highly urbanized municipality, it combines the very best of a city’s comforts with natural delights.

The area was settled nearly two thousand years ago by the ancient civilization of Champa. The medieval military campaigns of the Da Viet people shrunk much of Champa territory, turning them into vast rice fields.

European contact led to the forbidding of land making by ships at anywhere other than Danang, turning the city into a major port. Eventually conquered and colonized by the French, the city went on to join the Republic of Vietnam in 1955. Later, it was also the landing site for the American military during the Vietnam War.

The city itself is worth exploring, but most visitors use it a base to strike out for surrounding attractions such as Hoi An or My Son.

Essential travel information and Da Nang tips for your visit

Tipping: You are not required to tip anywhere at all.

Plan Your Trip To Da Nang

The best tours and activities in the city, guided by experts to give you a local insight to the best of Da Nang