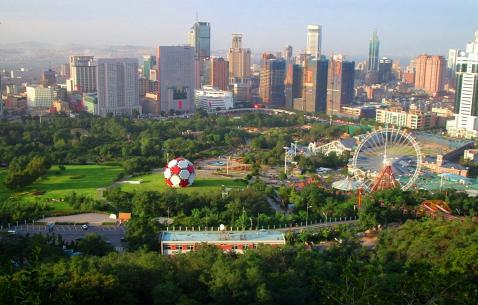 Dalian is a leading Seaport city in the Liaoning Province of China. It is northern most warm water port located in the peninsula of Liaodong. Also referred to as Dalniy and Port Arthur, the city was mostly used by the foreign nations because of its ports. The city is now a major trade, finance, shipping and logistics hub in the Northeast China, and also a major centre of Tourism for the domestic and foreign travellers.

The earliest records of Dalian trace back to the time between 221 BC and 220 AD when the region was used by the Qin and Han dynasties while colonizing the Northern part of Korea. The economic activity and transportation with the other regions developed during the Qing dynasty. The town was later occupied by the British, Russians and Japanese who used the port for trade and allied activities. After 1990, the city acquired a Sub-prefectural status with no changes in administration from its previous Sub-provincial state.

The city of Dalian is mostly modern in sight, with its international style architecture. However, the city is also home to various other styles of architecture like baroque, Russian, European, Byzantine, Japanese and the traditional Chinese styles, owing to the invasions of different countries over the years. So, the itineraries of Dalian will offer you a variety of architectural brilliance that reflects in the places like Zhongshan Square, Lvshunkou area, Dongguan Old Street, Nanshan area and Russia Street.

The beaches in the city and the four inner districts, one of which holds the world’s largest city square, are a huge hit with the tourists in addition to the other important places to visit. Dalian has a peculiar culture which is an amalgam of both the traditional Chinese as well as the modern lifestyles. The city takes pride in its love for sports like football, and its extreme fashion sense in the whole Chinese territory.

Include Dalian in your vacation planner this holiday, and indulge yourself in a lot of activities to do. Acquire the needed tourist information from the tourist centres, take a stroll in one of its numerous Sandy beaches, visit their huge city squares, admire their architecture and last but not the least, treat yourself with their mouth-watering signature local dishes at a nice restaurant.

Essential travel information and Dalian tips for your visit