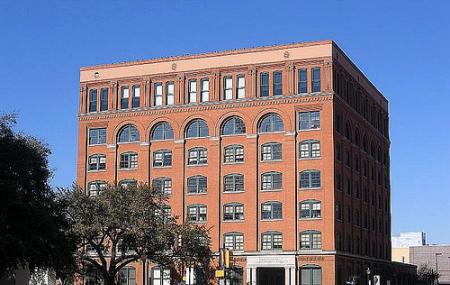 Find hotel near The Sixth Floor Museum At ..

The assassination of President John F. Kennedy is known to all. The November of 1963 was a tragic month for the residents of Dallas. While passing through Dallas, then President of the United States was fatally shot by a young sniper Lee Harvey Oswald. From the sixth floor of the Texas School Book Depository, Oswald fired his rifle at least three shots that resulted in JFK’s death. For a while after, Dallas was only associated with the demise of the country’s 35th President. The city decided to spin this in their favor and turned the sixth floor of the Texas School Book Depository building into a museum, delving into the minutest of details involving the assassination. A blow-by-blow account including some 400 photos and a documentary film constitute a majority of the exhibits; the most famous one, however, is the ‘snipers nest’- the spot from where Lee Harvey Oswald put a bullet in John Kennedy.

How to Reach The Sixth Floor Museum At Dealey Plaza

Love this? Explore the entire list of places to visit in Dallas before you plan your trip.

Fancy a good night's sleep after a tiring day? Check out where to stay in Dallas and book an accommodation of your choice.

67.07% of people prefer walking in order to reach The Sixth Floor Museum At Dealey Plaza

People normally club together John F. Kennedy Memorial and Reunion Tower while planning their visit to The Sixth Floor Museum At Dealey Plaza.