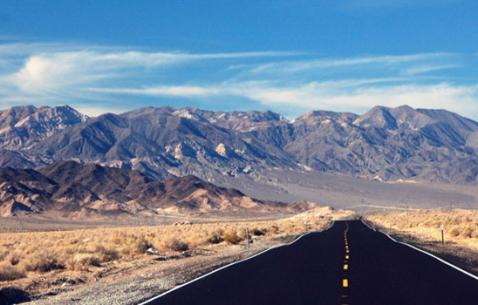 The name might conjure up a picture of murderous starkness, but fewer people have died here than you might think. The valley was discovered by non-native Americans during the California Gold Rush. A great mining boom flared up before quickly collapsing in mere decades, leaving behind abandoned kilns and ghost towns. It’s now the largest national park in the 48 contiguous states of USA.

Easily the hottest place in the world, average summer temperatures are roughly 49 degrees Celsius in the Summers though it does get far milder in the Winters. Rainfall is rare in the valley, but flash floods from the mountains draining into the park can happen with barely any warning.

The landscape is one of the most stark and vivid in the word; the lowest place in the USA lies only 15 miles from Telescope Peak soaring 11,000 feet above sea level. Almost every major geological era is represented in the rocks here; you could spend hours gazing at the brightly coloured landscape, picking out the different stages of the land’s history.