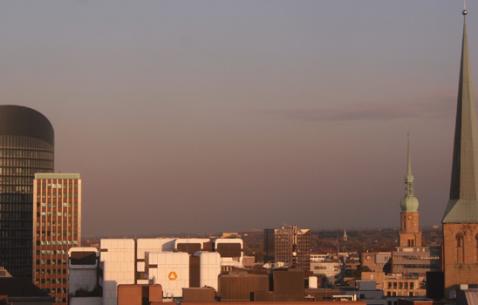 The largest city in Ruhr area, Dortmund is a thriving megapolis in Europe. It is one of the industry giants in Germany. Amidst all the chaos of revolution, Dortmund has managed to maintain its rich culture and heritage. this magical city is home to one of the outstanding concert halls in Europe and one of the 100 best jazz venues in the world.

Located in the North Rhine area of Germany, Dortmund has a sub-oceanic climate influenced by the Atlantic Ocean. Mild summers and not-so-cold winters make this city a favorable spot for tourism. April is the best time to visit Dortmund.

This city does not fail to impress history buffs either. It has the largest variety of museums in Ruhr with more than 20 museums in the house. And who can afford to miss the traditional German Cuisine while in Dortmund? With more than 550 years of brewing tradition, you will taste the best beer of your life here. Apart from being honored as the most livable cities in Germany, it is also considered as one of the most hospitable cities for tourists.

Dortmund carries the essence of Germany, while still having cosmopolitan vibes. With the plethora of attractions to offer, Dortmund can surely be deemed as a reveler’s paradise.

Essential travel information and Dortmund tips for your visit

Plan Your Trip To Dortmund

The best tours and activities in the city, guided by experts to give you a local insight to the best of Dortmund