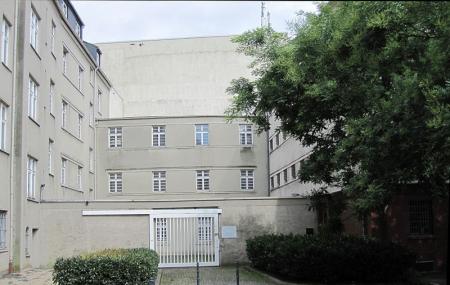 The Steinwache museum was originally a police station that was established in 1906. A prison built in 1928 next to the station was where arrested criminals and suspects were held. In 1933 the place was used by the Gestapo (the secret state police of the Nazi) to torture the people who opposed the Nazi rule. The victims reached a number of 66,000 and included slaves from eastern Europe. The torture was so intense that the place got its own nickname “The hell of western Germany”.

With the end of the World War II, the country (and almost the entre world) heaved a sigh of relieve and most of the places around the country were converted to historical sites, heritage places and monuments. This place was converted to a memorial in the 1980’s and a museum in 1992. Today you can see how the persecution laws of under the National Socialism shaped the history of the country. The exhibit includes old photographs, reports from witnesses, propaganda prints, hand written letters, banners short texts and write ups along with detailed information about the trying era. The small metal inserts in the courtyard bear the names of the people who were killed here and is a surreal memorial that makes you think of just how intense the times would be.

How to Reach Steinwache Memorial And Museum

Love this? Explore the entire list of places to visit in Dortmund before you plan your trip.

Fancy a good night's sleep after a tiring day? Check out where to stay in Dortmund and book an accommodation of your choice.

62.3% of people prefer to travel by car while visiting Steinwache Memorial And Museum

People normally club together St. Reinoldi Ev. Stadtkirche and Museum Am Ostwall while planning their visit to Steinwache Memorial And Museum.