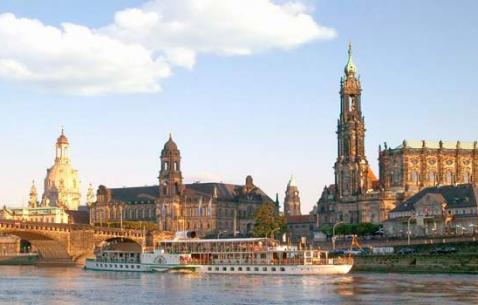 Dresden is an unconquered spirit – fitting for a city whose name translates into “People of the Forest”. There have been people here since 7500BC, almost 10000 years ago, though it only became a city in 1206. King August the Strong laid down the rich foundation of culture that was to become Dresden’s heritage forever; bringing in musicians, painters, and architects, transforming the city into a technology pioneer. You’re hardly the first person to come seeking a weekend in Dresden. The beautiful buildings in baroque and rococo erected in the city around that time gave it the name Jewel Box. For the next centuries, Dresden was the most tumultuous and progressive place in the region: everyone flocked to the city.

There was so much war: the Seven Years War, a Prussian capture and siege; it was major base of operations in the Napoleonic Wars, and the Battle of Dresden saw Napoleon totally rout the Austrian, Russians and Prussian forces. Much of the action in the German Revolutions of 1848 went down here; and Allied bombing in WWII almost leveled everything that was beautiful about the city.

Despite all this carnage, the city became famed for it’s discoveries in photography; its cigarette factories; as a centre for European Modern Art; progress in medical implements; and booming auto-works. Holidays in Dresden were no lesss

In fact, Dresden’s economic progress almost became its downfall. During WWII the German War Machine figured that the city was a perfect communications and manufacturing hub. Eventually there was entire freaking military borough at the place! So when the Allie came bombing Germany towards the end of the War, Dresden was an obvious target. Estimates of the dead range from 25000 to several hundred thousand. Kurt Vonnegut’s Slaughterhouse-Five is based on that period.

The city bounced back hard! It’s time as East Germany saw incredible industrial development, and yet, so much of the Royal heritage was lost during this time too. In the last few decades, especially since the Berlin Wall came down, the city spent massive resources reclaiming what they could of their history and heritage: they rebuilt the Frauenkirche, the Neumarkt area and so on. The construction is still proceeding at speed.

But enough of the beauty of Dresden attraction has been reclaimed that the city can once again be called the “Florence of Elba”.

So what’s a Dresden city trip like today? Well, Dresden tours won’t let you feel sorry for it’s past. Terrific food, delicious beer, all-round shopping, awesome car tours, a brilliant public transport system, and wicked architecture – I won’t run out of adjectives. Most of the good stuff and things to do in Dresden are within walking distance.

Essential travel information and Dresden tips for your visit

Plan Your Trip To Dresden

The best tours and activities in the city, guided by experts to give you a local insight to the best of Dresden