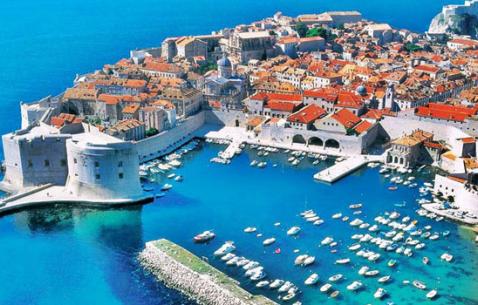 The most southerly city in Croatia often called the “jewel of the Adriatic” and has won the hearts of many, including George Bernard Shaw. The city is bustling with a lively café culture, radiant nightlife, history, an the International Film Festival in the beginning of October. Off it’s coast lie some stunning islands, largely untouched by man. But its carefree atmosphere belies it’s super turbulent history. Most famous for it’s near-impregnable medieval time walls, the city has faced much destruction, most prominently in the 1667 Earthquake, when nearly everything important was destroyed. The city again took great damage in the Croatian war of independence in the 90s. Despite it all, it has persevered magnificently with almost the entirety of its culture and spirit intact, its minorities held in favour and it’s treasures held with pride.

Essential travel information and Dubrovnik tips for your visit

Plan Your Trip To Dubrovnik

The best tours and activities in the city, guided by experts to give you a local insight to the best of Dubrovnik