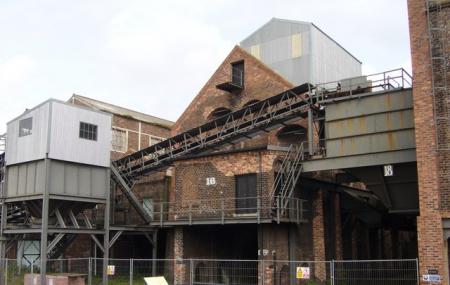 Coal mining has an important part in the Scottish history, making the Scottish Mining Museum an important architecture of the country. Inaugurated in 1895, the museum, also known as the Lady Victoria Colliery, produces the best coals among the European countries. The buildings of the museum are genuine marvel to watch.

The museum has its own library where the history of mining the coal is represented elaborately. The museum also holds many exhibitions with various objects found during the coal mining under the earth. It also has a medical house as accidents tend to happen in mines. A well developed canteen with variety of foods satisfies the taste if the employees. The Scottish government helps the museum to operate freely with financial aids.

One can drive Scotland's largest winding engine, go on the Magic Helmet tour with our real life miners and relax in the fully licensed coffee shops present in the Museum. High quality machines are use for mining the coal. The miners are efficient and experienced with coal mining. Though it is away from the main city, the museum is well connected with bus and railway routes. It is the last Victorian Colliery found in the entire Europe.

How to Reach Scottish Mining Museum