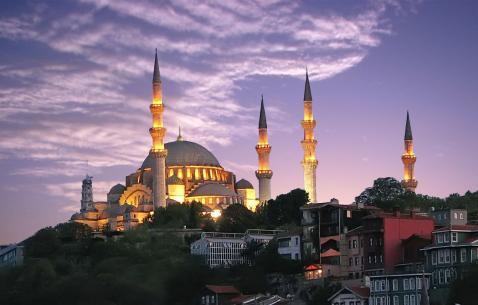 Located right in the juncture of the Turkish, Greek and Bulgarian borders, Edirne is a city in Turkey that rolls on the Thracian plains. The city’s pride lies in its ancientness, cultural wealth and rich imperial history. Edirne is also notable for its architectural excellence, culinary traditions and communal grandeur.

From the Ancient Greek era, Edirne has been fought over for more than 15 times. It was first named as Adrianople, after a Roman emperor who first found the city. The city fell in the hands of Ottoman Empire and served as its capital until the fall of Constantinople. Though termed as the fourth most populous city in Europe between 1700 and 1750, heavy depopulation was seen in the 19th century and its glory has gradually decreased. However the city is now surviving on its scant tourism from the day trippers, Turkish tourists and people from abroad.

En route your Edirne itineraries, all you see when you enter the city is a neo-classical concrete forest with cement coloured buildings everywhere. And as you observe, you see the tourist attractions, main squares and imperial mosques shining out like a bright gem flashing in a pearl necklace.

The city also takes pride in its Great Synagogue, which was the largest place of worship for Jews in the Balkan region. Though it was deserted for lack of worshippers in 1983, it was later restored and opened by the Turkish Government in the 2010s.

The banks of Maritza River, old stone bridges, and the streets filled with markets make Edirne a pleasant stop on your travel planner on your journey towards Greece, Bulgaria or other regions of Turkey.

Essential travel information and Edirne tips for your visit