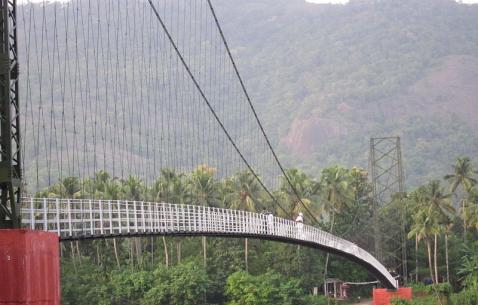 Ernakulum is a part of Central Kerala and holds its charm in its backwaters, beautiful buildings that have their roots in European, Portugal and Dutch histories and an enigmatic culture and arts scene. The city ofKochi and the Arabian sea offers a range of activities for tourists. From boating in the backwaters, getting lost in the Mangalavanam Bird Sanctuary to seeing classic architecture dating back to the 16thcentury and touching royalty at the many palaces that embrace the city, Ernakulum’s pride is easy to see. Today, ‘Kerala – Gods own country’ is one of the top destinations all around the world and has an ever growing tourism value.

Ernakulum is the commercial capital of Kerala and has an archeological history dating back to the Stone Age. The rock-cut caves and the Dolmen monuments are preserved and seen in many parts around the city.

The Pre-colonial history of Ernakulum is signified by the Chera Dynasty of the Sangam age, who ruled over most of Kerala and Tamil Nadu. With time many westerners have come to the city and left a stamp of their identity carved out into the old buildings that are still part of the city’s landscape.

The Chinese fish nets that are now stapled to the sea-side in Ernakulum is the tip of the influences of other countries on Kerala. Today, the city of Ernakulum proudly shineson theworldmap as a city that is true to its past, its rich culture and its urban counterpart.

The nearby Cochin Port is a major trading port in Kerala that connects to major sea routes. Owing to large number of getaway luxury hotels nestled close to the backwaters, the tourism in Ernakulum is only flourishing. Add to that the view, the cuisines, the famous tourist attractions and the love of the sea, and you have a rather unique mix for sure.