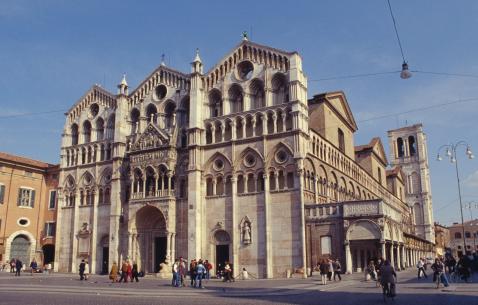 A commune in the region of Emilia-Romagna, and the capital of the Province of the same name, Ferrara is a palatial city in the North of Italy. Covering and area of 404.36 sq.km, the city population is about 131,841.

The earliest records of human settlement in the city dated back to 753AD when it appeared in the documents of Lombard King. Centuries later, Obizzo II d'Este was declared the lifelong ruler of Ferrara. It continued as a part of Papal States from 1598 to 1859, during which it was included into the kingdom of Italy after which, new constructions were taken up all over the town.

The beautiful town has great architecture that reflects in its well-planned streets, ancient and medieval castles and beautiful Facades that captivates you the moment you enter the city. The lively sprit and the splendour of the renaissance era gave it a place in the UNESCO world heritage sites.

Ferrara is one of those cities which doesn’t just have the look of a typical tourist place. It is a city that has its own charm and is proud of it. And besides the splendid architecture and historical significance, the city is known to have made its own mark in Literature, paintings, music and cinema.

Despite its rich heritage, the tourism of the city is still going through development process. However, if you are looking for a laid-back vacation in a city that isn’t clustered with tourists, Ferrara is a great choice for your next holiday.

Essential travel information and Ferrara tips for your visit

Plan Your Trip To Ferrara

The best tours and activities in the city, guided by experts to give you a local insight to the best of Ferrara