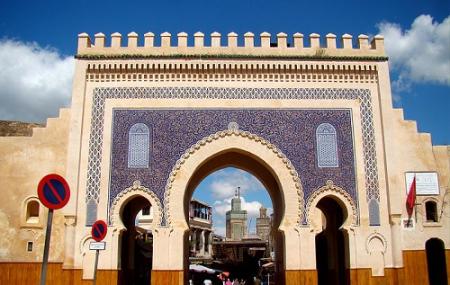 The main entrance to the Fes medina is the Bab Boujloud or the Blue Gate. Though the area behind it is the oldest in town, the Bab Boujloud is relatively young; it was built in 1913. You can see the remains of the previous gate just next to this new one. The outside of the gate is tiled in blue mosaic while the view from inside the medina will show green tiles on the structure. There are a bunch of restaurants around this gate which give you picturesque views for clicking photos. You can see the bustling city on both sides of the gate but as you go near it, you will feel as if time has stopped.

How to Reach Bab Boujloud

Love this? Explore the entire list of places to visit in Fes before you plan your trip.

Fancy a good night's sleep after a tiring day? Check out where to stay in Fes and book an accommodation of your choice.

63.55% of people prefer to travel by car while visiting Bab Boujloud