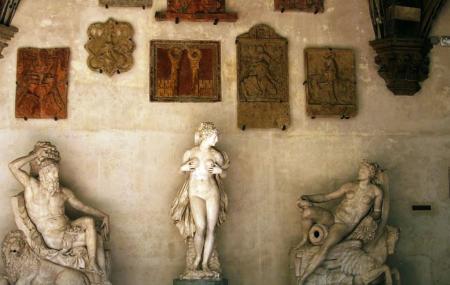 This museum palace hosts Italy’s largest single collection of Gothic and Renaissance sculptures. It is built around a central courtyard that has a fountain in it; external stairs lead up to the second floor.

The building itself was built in the 13th century, and housed the 'podestà', the highest magistrate of the Florence City Council. The Medicis later installed the city’s police chief, the bargello, in the palace. For centuries, it served as a barracks, prison and execution ground. In the 19th century, after the exile of the Holy Roman Emperor, the temporary governor of the city decided that the building ought to be a museum. Less than a decade later, in 1865, the palace was made into a museum.

Highlights of the museum are:

How to Reach Bargello Museum And Palace

Love this? Explore the entire list of places to visit in Florence before you plan your trip.

Fancy a good night's sleep after a tiring day? Check out where to stay in Florence and book an accommodation of your choice.

People normally club together The Galleria Degli Uffizi and Piazzale Michelangelo while planning their visit to Bargello Museum And Palace.