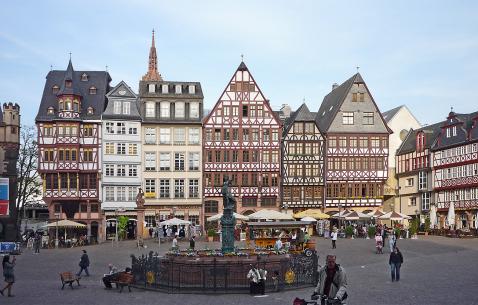 Skyscrapers and high rises adorn the magnificent and modern skyline of Frankfurt. It has an extremely significant role to play in international tourism with its airport being a very important stopover for several airlines. Frankfurt is certainly a chic and ultramodern place and its pace is always fast and furious.

But what many people don’t realize is that there are, also a lot of old and rustic buildings in Frankfurt. As modern as the city is, it is as ancient and lovely. The Frankfurt Cathedral, the Goethe House and St. Paul’s church are the beautiful old buildings that add to the city’s charm and personality.

Old Sachsenhausen is a culturally rich place. The famous apple wine and the German cuisine as well as several other delectable delights, make it an interesting haunt for foodies as well. The German Porcelain made in Frankfurt is famous all over the world.

So, Frankfurt is much more than a center for international travel. It is also much more than the city of skyscrapers. It is a well-rounded haven for tourists and a city with a lot of character. This charming city welcomes you with an open heart and a sunny spirit. Each one of you should visit Frankfurt at least once and experience all that it has to offer considering the best time to visit Frankfurt.

Plan Your Trip To Frankfurt

The best tours and activities in the city, guided by experts to give you a local insight to the best of Frankfurt