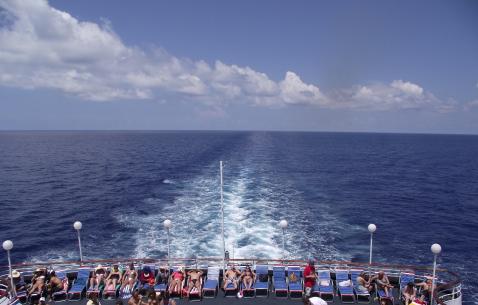 You look at Freeport today and you would never believe that this tiny district 65 miles off the coast of Palm Beach, Florida happened to be a swamp not so long ago, not a place very likely to make it into you itinerary planner.

Freeport is often called Lucaya as well referring to its popular tourist destination Port Lucaya named after the indigenous population of the island, the Lucaya Indians. Over the years, Port Lucaya has become a popular spring break destination. Weekend nights at Port Lucaya spell endless parties with non-stop music and dance and vibrant groups of people.

Of course, when you think Bahama tourist attractions, you think beaches, and rightly so. Nearly all of the southern edge of Grand Bahama Island is beach. Freeport is known for its silky white sand beaches. Lucaya is a popular tourist beach while some of the other less crowded options are Barbary beach, Taino beach, Xanadu beach. The Bahamas island is also a paradise for scuba divers, snorkelers and swimmers in general, and tourist information on these are everywhere. Many tourism companies will offer interesting tour packages to you that involve exploring coral reefs, ship wrecks and swimming alongside dolphins, tropical fish and even sharks.

Freeport is a free trade zone which makes it a hub of international business.

Even outside these wildlife sanctuaries, there is no dearth of lush green landscape for sightseeing in Freeport. The Garden of the Groves celebrates the tropical flora and fauna of the island. It used to be the garden of city founder Wallace Groves and is presently open to the public.

Today it is the second most popular city in the Bahamas.

Essential travel information and Freeport tips for your visit