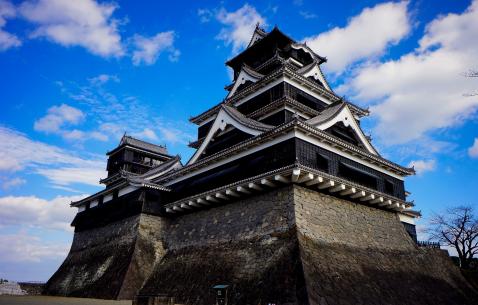 The capital of Fukuoka Prefecture is one of the largest cities by population in Japan, with over 5 million souls in the Metropolitan area. It is close to the Asian mainland. This made the area greatly significant during ancient times, as a point of connect with China and Korea right from the Stone Age. It became the entry point for many visitors, especially those who brought new technology to Japan over the years. The city was the focal point of the failed Mongol Invasions of the 13th century (the Mongols couldn’t handle the typhoons) that nevertheless played a great role in shaping Japan’s historic identity.

Fun fact: it was this typhoon that the Japanese now call the Divine Wind, or kamikaze.

The Meiji restoration saw much of the Edo period heritage destroyed, severely affecting many places of interest which is unfortunate. The city as you see it today began to take shape in 1889, when the separate cities of Hakata (which was the city of merchants) and Fukuoka (the city of samurais) were merged. Today, it’s a highly urbanized city with few reflections of its feudal past, aside from a plethora of shrines and innumerable cultural events both large and small.

Essential travel information and Fukuoka-shi tips for your visit

Plan Your Trip To fukuoka-shi

The best tours and activities in the city, guided by experts to give you a local insight to the best of Fukuoka-shi