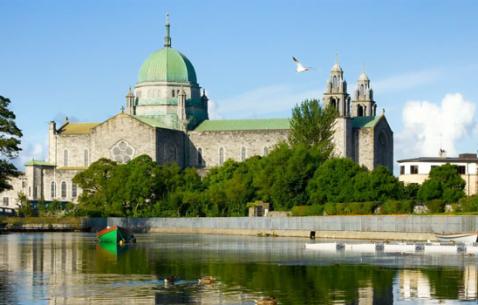 The city’s name means stony river, and if you think that’s formidable sounding, it’s nickname is “City of the Tribes”. The Tribes refer to the 13 merchant tribes that made the city rich, making it the principle Irish port of trade in the middle ages ! The haters of the time coined the word “tribes” as an insult; the merchants took it up as a badge of pride. The city has largely been loyal to the English crown for most of it’s history; it’s brief Gaelic foray was aborted when the Cromwellian campaign in Ireland laid siege to the city for nine months. The potato famine in the 19th century ruined the town though, and it took them until the 2th century to recover.

And recover they have! – Galway is the “Heart of Irish Culture”, what with a merry lifestyle, heaps of festivals, a great number of art institutes that includes four writers groups. Despite it’s small size, you’re not about to run to do here. The city loves its music; the Saw Doctors and the Stunning are only bands that the world knows about, but the streets of the city itself are lined with cheery buskers (skills and unskilled) regaling your musical appetite with traditional Irish Music; and the church choirs are acclaimed. The Galway Arts Festival is a complete riot too. Heck, the city’s frequently been called one of the sexiest cities in the world.

Plan Your Trip To Galway

The best tours and activities in the city, guided by experts to give you a local insight to the best of Galway