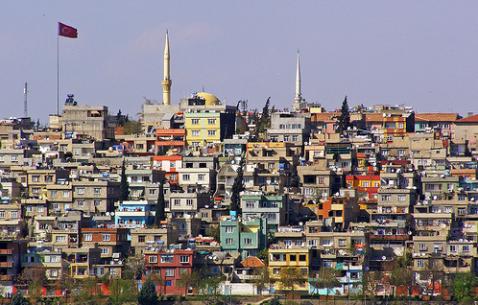 Gaziantep, also called Antep informally, is an ancient city situated in the Southeast of Turkey. It is one of the cities in the world which has been inhabited continuously and is also the sixth most populous city in Turkey. Gaziantep is known for its famous cuisine, copper-ware industries and Yemeni Sandals.

The earliest traces of habitation in Gaziantep dated back to Hittites around 1600BC. It was later ruled by a number of kingdoms like Macedonians, Babylonians, Persians, Romans, Byzantines, Arabs, etc. Under the reign of Sultan Selim I, Gaziantep was captured by Ottomans after the Battle of Marj Dabiq in 1516. After the 19th century, it slowly developed itself into a centre for commerce and tourism.

The city is embellished with great architectural structures, fortresses and museums that hold historical significance. The Gaziantep Zeugma Mosaic Museum is a magnificent place that is one of the most important things to see in the city. Your itinerary planner for Gaziantep would be incomplete without this place. The houses in the central town have impeccable architectural styles inspired by South-eastern Anatolia, Syria and Mesopotomia. You can’t but stop and stare at the mastery with which they’re made. And the outskirts are decorated with lush green Olive groves and pistachio trees.

With Buzzing cafes, sumptuous pistachio dishes and pastries, and a lot of shopping opportunities, this ancient city will be one of the best places in your vacation planner.

Essential travel information and Gaziantep tips for your visit