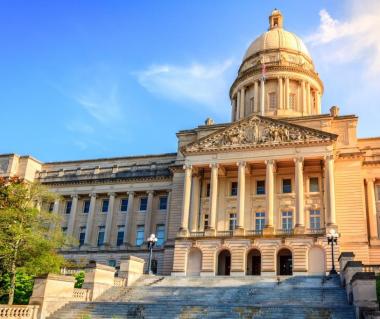 Plan Your Trip To Germany

Places to visit in Germany

Germany, situated at the heart of Europe, has been the fountainhead of many ideas, people and movements throughout the ages. Only a few countries have had as much impact on the world as Germany, a land of innovation that has given us the printing press, the automobile, aspirin, and MP3 technology. It’s the birthplace of Martin Luther, Albert Einstein, Karl Marx, Goethe, Beethoven, the Grimm brothers and other players on the world stage. As you travel around, you’ll have plenty of brushes with such genius but, perhaps, Germany’s scenery lifts the spirit even more. It leaves one with an overwhelming sense of history reconciled with imminent modernity.

According to Travel & Tourism Competitiveness Reports, Germany is rated as one of the safest travel destinations worldwide. Packing over 80 million people into a pretty tight frame, it’s an economic and political powerhouse with bewitching scenery, pulsating cities, progressive culture and an awareness of a historic legacy teetering between horror and greatness. Customize your travel as per your travel preferences. See and do what you’d like to do in Germany.

Any time is a good time to be somewhere in Germany, but when is the best time to visit pretty much depends on what type of holiday you envision. Most people arrive between May and September when roads are often clogged, lodging can be at a premium and you’ll be jostling for space at major attractions. Still, summer is fabulous because skies are more likely to be sunny, much of life moves outdoors, beer gardens are in full swing, and festivals and outdoor events enliven cities and villages. Hiking, cycling, swimming and outdoor pursuits are popular during these months.

If you are keen on winter sports then do visit in the winter, as the slopes of the Bavarian Alps are perfect for skiing and other winter sports.

Getting in and Around Germany

Frankfurt, Berlin, and Munich are the three major German cities with international airports and are served by all major world carriers.

If traveling from within Europe, it's a good idea to get to Germany by train. Train travel is a little expensive but very comfortable. All trains coming in from other European cities have sleeping cars and restaurant cars attached to them. Deutsche Bahn handles Germany’s rail network. Cologne is the city with rail transport.

Drive into Germany. An excellent highway system known as autobahns is one of the assets of the German transport network and is well connected to the rest of Western Europe. It's possible to come in through Eastern Europe as well, but sometimes the road conditions aren’t so great, and border crossings can take a while. As there is no speed limit on the autobahns be careful of the speeding German driver. It is best to stay in the right-hand lane if you are not able to keep up with the speed of your German friend in the fast lane. Coming to Germany from neighboring countries by bus is a great option as well, and keeps costs down while providing you the chance to get a glimpse of the beautiful countryside. Dresden is a German city with bus transport and Trams.

Ferries run regular services from Scandinavia, the UK, Russia, and Poland and connect to the port cities of Rostock, Hamburg, Bremen, and Kiel.

What to see and experience:-

Hiddensee Island for the honeymooners or couple:

The Hiddensee Island is a pristine Baltic island that is unique as it has no motorized transport available and the only transport that you can take is are the horse-and-wagon rides or tooling around on bikes are the only ways around. It is a perfect setting for the couples to amble across dunes and long stretches of sand, or tuck yourselves into a Strandkorb (beach basket), a wicker half-shell chair for two that shelters you from the wind as you watch the waves.

Whisper it: this fairytale castle is a short ride from touristicBonn and Cologne but remains off most travelers’ radar. Its medieval castle walls, moat, and quaint setting will delight even the most jaded visitor. Depending on when you go, you could find witches, jousting or even confused camels. And even Christmas market refuseniks will feel stirrings of seasonal cheer come wintertime when the castle grounds transform into a medieval-style market with pageantry, gothic trinket shops and the clanking sound of mulled wine served by the mug

There is plenty to shop for in Germany. The high quality of German electronic goods keeps them always in demand – expensive but the best quality. Shopping malls and departmental stores are well stocked with local and international brands in all products. However, remember that a steep 16% IVA is charged on all German goods – which may be reclaimed later at customs provided you fill out a long-form. Big cities in Germany like Berlin, Munich, Frankfurt, Stuttgart, and Dusseldorf have many shopping malls, designer stores and shopping streets where you can find anything from clothes and shoes to accessories and handicraft items. There are a large number of flea markets to be found n Germany where you can get great bargains on toys, handicraft items, antique souvenirs, and other items. Around Christmas, almost every city has a Christmas Market where you can shop for really interesting nick knacks and delicious eatables.

Germany celebrates its festivals with gusto and in early spring they celebrate the Fasching Carnival and as the summer season sets in the beer gardens are back in business. Just before that at the end of February, the Berlin International Film Festival draws in many visitors, as does the Munich Oktoberfest held in late September and early October. This is definitely a great time to be in Munich and take part in the entire drinking and merry-making in this area