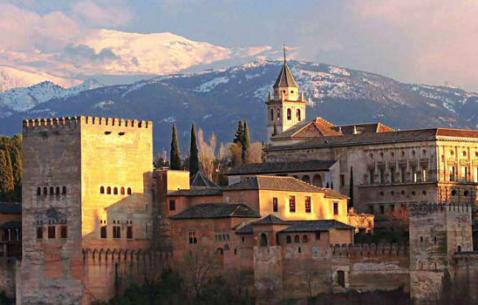 Granada is one of the most beautiful cities in Spain. The capital of the Granada Province, it is known for its majestic architecture that was born over centuries when the kingdom was still under Islamic rule. The hills and mountains that surround Granada are what give the city its character but the city is most known for Alhambra, a series of palaces built in the 14th Century.

You can witness heavy influences of Roman and Visigothic culture, once you visit Granada. Breathtaking locations, romantic gardens, some great historical significance and ancient buildings give a whole mystical vibe to the city of Granada. Every history lover would loved to visit this Renaissance styled city and cherish the moments spent here. But that doesn’t mean that this incredible city only offers to a certain section of tourists. There are a host number of incredible attractions, some great activities to indulge in, when you’re in Granada.

Covering the most important spots like Calle Navas, Cordoba, Albayzin is mandatory in your Granada trip. Also you’ll get to experience a good blend of must see, outdoors, food & drinks, entertainment, historical, leisure, arts & culture, adventure, family & kids, museums activities. You can go trekking, skiing or just explore the city by visiting it bustling lanes. You can also experience the vibrant nightlife in Granada and just have a good time.

Essential travel information and Granada tips for your visit

Plan Your Trip To Granada

The best tours and activities in the city, guided by experts to give you a local insight to the best of Granada