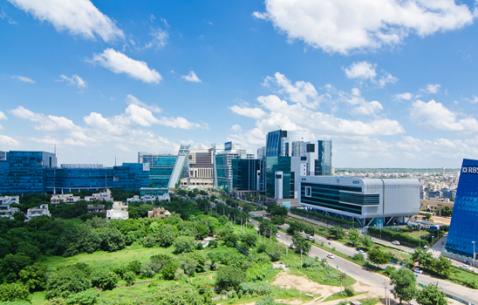 Many cities have developed in the recent decade due to the rapid development of various industries in India. Once a small suburb of Delhi that was hardly spoken about, Gurgaon has now become an IT hipster. Surrounded by various modern attractions that attract travelers to experience the luxuries, this city is a glimpse of the urban future of India.

Located in the state of Haryana, northeast to the NCR of Delhi, Gurgaon can be tracked down in ancient Hindu scriptures. It was a part of Indraprastha, the glorious capital of the Pandavas. Mythology states that this area was gifted by the Pandavas and Kauravas to their beloved teacher Dronacharya as a ‘Guru Dakshina’. Because it was gifted to their guru, it came to be known as Guru Gram which changed to Gurgaon as time passed by.

After ruled by several Hindu, Muslim and British powers, Gurgaon became independent along with India in 1947 and become a part of the state of Punjab. After the state of Haryana was formed, the Gurgaon administration shifted to that city and has been an important city in the state ever since.

Gurgaon’s mesmerizing skyscrapers are the talk of the whole country. More than 1100 skyscrapers form a part of the glamorous living options in this city. Noteworthy buildings with modern planning, the city has some of the most expensive towers in India. It is the only city in India to carry out the concept of what is called ‘Raahgiri Day’ in Gurgaon. This idea known as ‘Ciclovia’ that has been implemented in various cities all across the world promotes closing cities on certain days to cars.

Gurgaon trip recreational activities like Running, Cycling and Skating on Raahgiri day that is held every Sunday. It has been welcomed by the citizens very warmly and has been a part of the city culture since November 2013. The growing number of students in the city has given a new face to the city. Almost 10 to 11 universities have recently made Gurgaon their home. Creativity bursts out of the student festivals that promote various arts and encourage the students to explore – something you absolutely must include in your Gurgaon vacation planner.

Newly created resorts, international cuisine and a vast number of options to satiate your guilty pleasure of shopping to your heart’s content, Gurgaon tourism is gaining quite some speed.

Essential travel information and Gurgaon tips for your visit

View all Hotels in Gurgaon