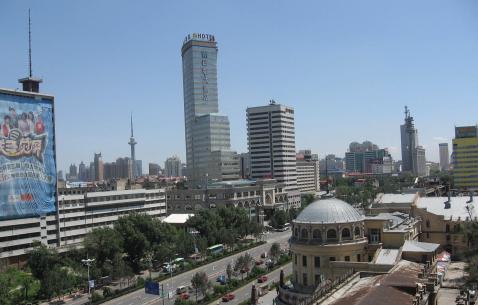 Harbin is the provincial capital of Heilongjiang and is the most populous city in the Northeast China. It is known as the communications, scientific, industrial and cultural hub of the region. The city also takes pride in its peculiar winter culture that laid foundation for its high-end tourism. Harbin remains on the vacation planners of thousands of tourists who wish to see the World-class Ice festivals held in the city every year.

The earliest records of human settlements in the region trace back to 2200 BC. It is said that Jin and Qing dynasties were born here. However, the Modern day Harbin is known to have only 110 year old history.  In the early 20th century, the city became home to immigrants from several countries, most importantly, Russia. It also served as the Fashion capital of China during that period since the designs from Paris arrived here before getting to Shanghai.

Harbin is often remarked as the Pearl of the Swan’s neck, given the province of Heilongjiang is in Swan’s shape when looked in the map. Staying true to the nickname, it possess a unique radiance unlike the other places in the region. The architecture of the town has a is quite peculiar with a blend of nineteenth century and contemporary styles. The sightseeing places in the city are influenced by the Russian and Jewish cultures along with the local Chinese values.

The most important thing on the itinerary planners of tourists visiting Harbin are its spectacular ice festivals. The annual themed celebrations involving the showcase of pristine ice and snow sculptures illuminated with colourful lights will enthral you with its immaculate beauty.

Add Harbin to your trip planners for your next holiday and disappear into a dreamland with their exceptional ice sculpture festival and indulge yourself in some of the fun-filled activities to do at the Yabuli Ski Resort three hours journey towards Southeast of the city.

Essential travel information and Harbin tips for your visit

Plan Your Trip To Harbin

The best tours and activities in the city, guided by experts to give you a local insight to the best of Harbin