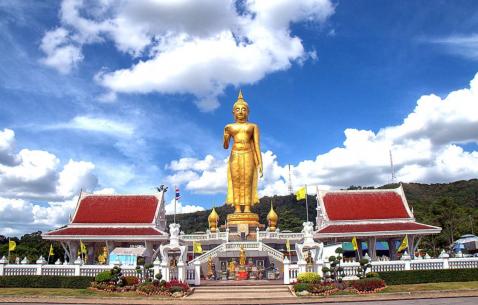 A primary urban centre in Southern Thailand, Hat Yai is the largest city in the province of Songkhla. It is the third largest metropolis in the country and a major business, educational, commercial hub of Southern Thailand. Due to the abundance of entertainment and shopping facilities, Hat Yai is on the trip planners of visitors mostly from the neighbouring areas.

Initially, Hat Yai was a small village called Khok Sa-Met Choon. It gained importance when Southern Railway was built in the region, making it an important railway hub. The region was upgraded to a sanitary district from a community in 1935. Subsequently, it gained the town status in 1949. With the continuous growth in the region, it was finally promoted into a city in 1995.

Hat Yai is brimmed with large groups of markets and malls that reflect both Thai and International styles. The itineraries of the city also include regional attractions like Songkhla Lake, Bhasawa water splash and Bullfighting matches.

The tourism scene in Hat Yai mostly involves Malaysians and Singaporeans, along with a few westerners. The city is known for its restaurants which serve delicious seafood, and a lively nightlife with pubs and bars open until late night.

Even though there have been a couple of minor terrorist attacks in the recent years, Hat Yai is a safe place to visit, especially when planned during off season.

Essential travel information and Hat Yai tips for your visit

Plan Your Trip To Hat Yai

The best tours and activities in the city, guided by experts to give you a local insight to the best of Hat Yai