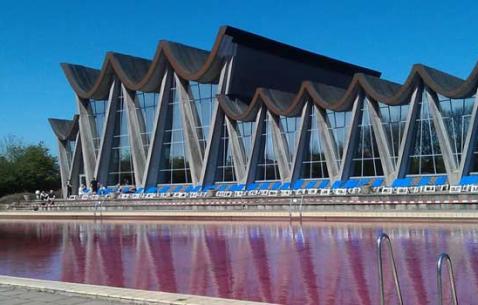 Herning is a Danish city in Region Midtjylland, on the Jutland peninsula. It is the main town and the administrative seat of Herning Municipality. Herning has a population of 47,765 (1 January 2014) including the suburbs of Tjørring, Snejbjerg, Lind, Birk, Hammerum, and Gjellerup, making Herning the 11th most populous urban area in Denmark.

Herning is a town located very central on Jutland (Jylland) Denmark. MHM Messecenter Herning is the largest trade and conference center in Denmark, over 1 million tourist gives attendance every year .It also has 3 striking buildings which was designed by the famous Danish  architect Jorn Utzon ,who have built  Sydney opera center. Many activity centers as well as museums are there which gives the information about Herning.