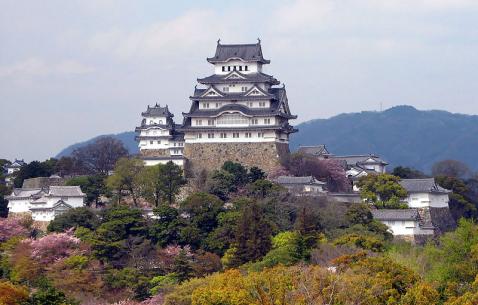 Himeji is a little city located in the west side of the Kansai region of Japan.The city is greatly flocked by the tourists, given the fact that it is home to the famous Himeji Castle, one of the finest architectural masterpieces in Japan and a UNESCO World Heritage Site. The castle has a long story to back it up and once a time, it was considered the largest castle in the entire continent. Today though, it is an intriguing place for history lovers and art enthusiasts who come here to relish its beauty and delve into its rich heritage. Thanks to this castle’s uniqueness and history, the place Himeji has appeared in many films and documentaries with people trying to assess the life of a royalty. You might have seen the place in the film ‘The Last Samurai’ which had the places of the castle as some backdrop.

With an estimated population of around 5 lakh, the city comes in the second positions in terms of inhabitants in the Hyogo Prefecture after Kobe. Despite being so small in size, its great cultural relevance makes it a popular stop among tourists who come here on weekends and festivals to see the city in its brightest colors. The fact that the city is close to both Kyoto and Osaka makes it a great stopover for all along with another place- Sanyo Shinkansen.The history of the city goes somewhere like this. Himeji had been the centrepiece of Harima Province since the time of Naras but wasn’t named. Later, after the Battle of Sekigahara, Himeji domain was established and the king extended his rule along with the castle and its premises. It was initially a part of Himeji Prefecture and later merged into Hyogo Prefecture which we know it today.

One of the best times when the city literally comes to life is during festivals. Since it is the city of shrines and castles and temples, the religious significance is very high and festivals reflect them beautifully. Lots of men and women in yukatas going for the celebrations is one of the best things to do in Himeji. There are various parks and museums as well for those who like to delve into history and culture. Those who love to admire architecture can just walk around the city, which is not very large and explore the relics that dots the city innumerably. The folks are great and offer warm welcome into their tribe to anyone who wish to accepts the place as it is. A beautiful (and must) stopover for tourists visiting Kyoto or Osaka.

Essential travel information and Himeji tips for your visit

View all Hotels in Himeji