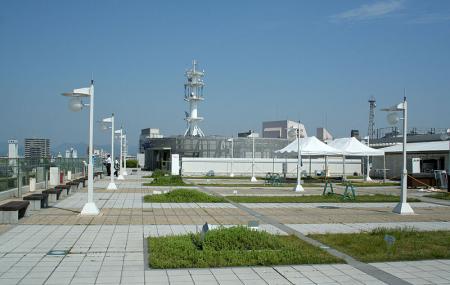 It is a well frequented convention center which is known for providing beautiful panoramic views of the surrounding area. From the fifth floor of the rooftop observation deck, you can see the famous Himeji Castle! Many people in fact come here to just click its picture and observe the view. Great for family visits and a light shopping rendezvous where after one can relax in its viking lounge sipping a beer or having a fill in the restaurant below. The place is located within the vicinity of Otemae park and accommodates a local radio studio in the basement, an exhibition center and various little tacky shops.

How to Reach Egret Himeji

Love this? Explore the entire list of places to visit in Himeji before you plan your trip.

Fancy a good night's sleep after a tiring day? Check out where to stay in Himeji and book an accommodation of your choice.

People normally club together Kokoen Garden and Castle Garden while planning their visit to Egret Himeji.