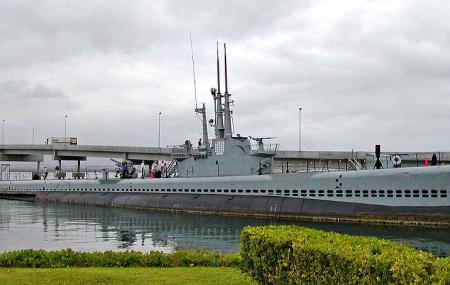 The USS Bowfin (SS-287) Submarine was launched on 7th December 1942, exactly a year after the Pearl Harbor attack and was named the ‘Pearl Harbor Avenger’.

All through it service time, the USS Bowfin was used in nine war patrols between 1943 and 1945. The submarine covered the South China Sea, Celebes Sea, off the East coast of Japan, and into the Sea of Japan and was an alert and defense system against any more attacks akin to the Pearl harbor.

Today, the museum and park takes you through the weapons used during the wars as well as some memorabilia. Also, visit the popular attractions in the city by following Honolulu itinerary 4 days.

Admission Prices: Submarine and the Museum:

To tour the Museum only:

How to Reach Uss Bowfin Submarine Museum And Park

Love this? Explore the entire list of places to visit in Honolulu before you plan your trip.

Fancy a good night's sleep after a tiring day? Check out where to stay in Honolulu and book an accommodation of your choice.

94.41% of people prefer to travel by car while visiting Uss Bowfin Submarine Museum And Park

People normally club together Pearl Harbor and National Memorial Cemetery Of The Pacific while planning their visit to Uss Bowfin Submarine Museum And Park.