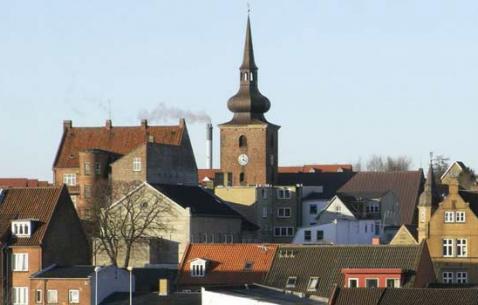 Horsens is a Danish city in east Jutland. It is the site of the council of Horsens Municipality. The city's population is 57,517 and the municipality's population is 87,736 (as of 1 January 2016). The municipality is also a part of the East Jutland metropolitan area, which has 1.2 million inhabitants. Horsens is best known for its culture and entertainment events. Horsens New Theatre is a cultural centre which holds over 200 events annually. It has managed to draw major names such as Bob Dylan, Madonna and The Rolling Stones.

Today some of the older houses and buildings in Horsens are a popular attraction for tourists. There are several narrow streets lined with small and pretty historical houses that definitely give Horsens an old world charm.