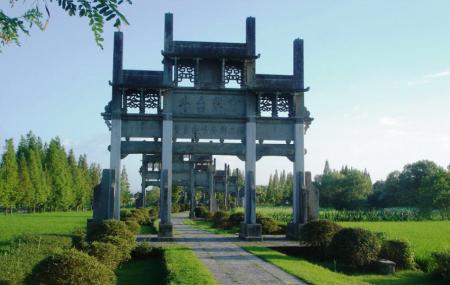 Qian Kou Residence: The way from Huangshan Mountain (Yellow Mountain) to the Huangshan city (Tunxi) is lined with beautiful heritage buildings and is called the long corridor of old buildings. Qian Kou residence is one of the most remarkable structures on this street and is regarded as an epitome of the Ming Dynasty who ruled the province from 14th to the 17th century. Qian Kou residence is the amalgamation of reassembled ten most valuable structures if the Ming Dynasty in the neighbourhood.

These ten buildings include: Three ancestral temples, four residences, one stone memorial arch, one arch bridge and one pavilion. There is also a huge garden-style courtyard adding to the beauty of the residence. Each building in the Qian Kou residence has a fascinating history and architectural variety.

Chengkan village: Renowned for its well-preserved architecture and array of paintings dating back to a minimum of 500 years, Chengkan village was settled in the early days of the three kingdoms period. The layout is believed to cater to one of the eight trigrams-kanin Yijing (the book of changes) in Chinese culture.

The maze of streets and lanes give the village its distinct appearance and boasts around 130 ancient buildings belonging to the Ming and Qing dynasty.

Most notable of them is the Baolun hall which is a part of an ancestral temple and today, stand as an exquisite symbol for the entire temple. The temple spans over an area of 3000 square meters and has three elaborate entrances. There are various patios and halls embellished with huge wooden pillar and kiosks.

The Baoloun hall dates back to mid-sixteenth century) and flaunts drawings, pattern and colours of the beams, lintels and doorframes. Once a repository for ancestors’ memorable tablets, and hassocks and tables for worship; this hall never fails to enchant its visitors by detailing and art. Take the majestic staircase leading to the attic and you can get a spectacular view of the Yellow Mountain.

How to Reach Qian Kou Residence And Chengkan Village

Love this? Explore the entire list of places to visit in Huangshan before you plan your trip.

Fancy a good night's sleep after a tiring day? Check out where to stay in Huangshan and book an accommodation of your choice.