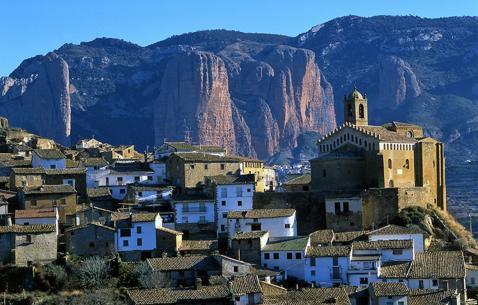 Huesca is a city located in north-eastern Spain. It is also the capital of the autonomous Spanish province of the same name. More than 53,000 people call this beautiful city their home. The city used to be called Bolskan during Pre-Roman times and was a large town of great wealth education. The Greek historian Plutarch has written about the great town. With the Arab conquest in the 8th century, the town was renamed Washqah.

Due to its history and cultural significance, the city is filled with Romanesque architecture. Churches and monasteries are plenty. They are quiet places, great for prayer or contemplation whether you are religious or not. A walk through its historical centre will transport you back in time. Its interesting topography and climate provides for adrenalime-pumping adventure sports such as mountaineering, canyoning and even skiing during the winters.

The city is also a surprisingly musical one. El 21, its gig venue is considered one of the best concert venues in the entire country and treats its citizens with cheap concerts every week.

As the famous saying goes, “Tomorrow we’ll have coffee in Huesca.” Why not go for a cup of Huesca for a taste of history and adventure yourself?

Essential travel information and Huesca tips for your visit