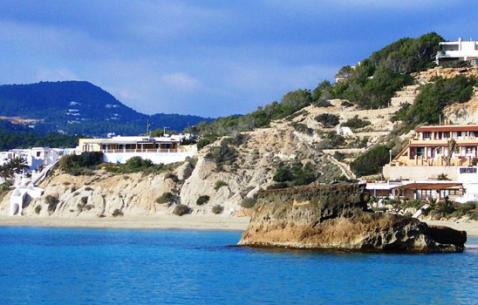 The official name for this place is Eivissa, but that’s going to be forgotten probably. There’s two major parts to it the Upper Town (Dalt Vila) and the Modern Town, called the Eixample. Hugely popular for it’s nightlife, Ibiza Town’s historical value and natural beauty usually only get mentioned in passing. That’s why most people don’t know that Ibiza Town is actually a World Heritage Site a rather unfortunate thing to miss out on when travelling to Ibiza.

The town was established by Phoenicians looking for a port in the area. These settlers named the place Ibossim, the god of music and dance. (see how destiny works out here?). It subsequently came under the rule of Carthage, and they the Romans. It’s from these times that Ibiza derives it’s rich archaeological heritage. Once the Romans fell, the Byzantines, the Moors, Christian crusaders in turn ruled Ibiza, until finally the Balearic Autonomous Community was established in the late 1970s.

Most of the Ibiza holiday activities revolve around beaches and exploring D’alt Vila, a hill with a castle on top of it. It should be easy enough for you to get around according to most Ibiza travel guides,English and German are the main spoken languages, not the native Catalan.

Essential travel information and Ibiza tips for your visit

Plan Your Trip To Ibiza

The best tours and activities in the city, guided by experts to give you a local insight to the best of Ibiza