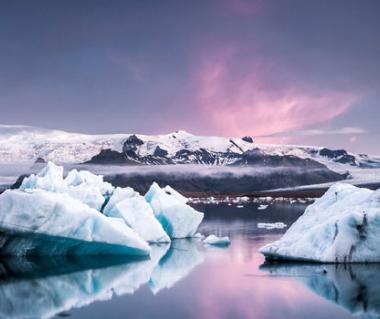 Plan Your Trip To Iceland

Places to visit in Iceland

This stunning and oft forgotten country will surprise you with the amazing diversity it has to offer from the tourism point of view.

Iceland is a beautiful and frosty northern island country in Europe. It is an exceptional place in terms of society, culture, nature, geography as well as history and hence a very interesting touristic destination. It has developed a very unique and fascinating culture due to its geographical seclusion.

Iceland has stunning coastlines, amazing greenery, bright blue skies, snow and most significantly the largest number of hot water geysers in the world.  What is interesting is that Iceland had a hundred and thirty volcanic mountains. Whales frequent its northern coast making it a very important touristic destination. Another fascination for the tourists is seeing the northern lights or the Aurora Borealis which can be seen from the coasts.

Culturally speaking, the people of Iceland are some of the most broad-minded and inclusive in the world. This Nordic country is often at the forefront of catering to the changing needs of the society. This also makes Iceland the country with the second best standard of living in the world. You won’t have to worry about infrastructure in this country but interestingly it does not have a public railway system which some might find bizarre.

In any case, there is a lot to do and explore in Iceland. The country is full of adventures and surprises, so if exploration, adventure and nature are your thing, Iceland is undoubtedly your paradise.

Iceland is known for its strange weather. The cold can get pretty daunting at times and there may be storms during winter.

So depending upon what kind of a traveler you are you can take your pick.

How to reach and travel in Iceland?

Iceland’s capital, Reykjavik as an international airport as do a few other major cities. You can fly from most major airports to Iceland all throughout and several others only in summer. It is also possible to reach Iceland by sea by booking a cruise.

Getting around Iceland:  There are a few options. You may hire a car but it is rather difficult to drive in some of the more precarious areas. Some roads may not provide the necessary grip and hence only an experienced driver should attempt them. The laws against drunk driving are very strict. It is perhaps best to rent a car if you insist on travelling by car.

The domestic air network is very good in Iceland so you can rely on the flights to move to major cities.

The cheapest and best way to travel is by bus. The Bus system is quite easy to use and you do not need reservations. There are also tour buses available in all major cities.

What to see and try?

These are just a few but there is an amazing variety of natural wonders that you can experience in Iceland so do plan ahead. There are several eclectic museums and cultural places to choose from if you aren’t the outdoorsy types.

What to do and what not to do?

Festivals and Events in Iceland