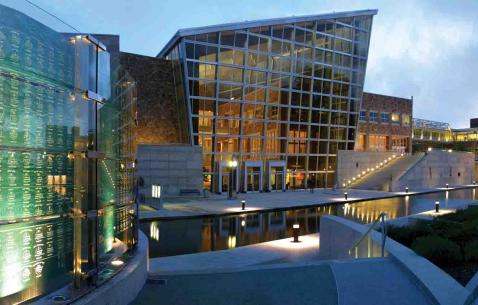 Indianapolis is the capital of the U.S. State of Indiana and is the 12th largest city of the United States. Indianapolis was originally occupied by Native Americans but they were displaced from the area by the early 1800s. Historically, Indianapolis’ economy was centered on its government and its main industry manufacturing. Presently, Indianapolis has a much more diverse economy that relies on finance, healthcare, technology and even tourism for capital. Indianapolis tourism is all set to enchant its visitors!

The city is home to about 13 per cent of Indiana’s total population with more than 800,000 residents. It has been ranked as one of the best downtowns to reside in due to the number of amenities (retail outlets, movie theatres, eateries etc) available in the main parts of the cities.

The city hosts a number of conventions and cultural events to boost tourism such as the Indiana Black Expo and Oktoberfest. Besides those, the city is most famous for the Indy 500 Race that is held every year at the Indianapolis Motor Speedway and attracts more than 50,000 spectators! Vroom vroom.

Indianapolis is home to a number of historical monuments, museums and performing arts venues. It’s a beautiful, well-planned city with quaint as well as urban attractions. The delicate balance between heritage and development is maintained through its many museums and parks. Over the years, Indianapolis has also transformed itself into an important centre of performing arts. One of the key examples from this area would be the Indianapolis Symphony Orchestra which regularly performs concerts across the city and entertains thousands of attendees.

There is much to do and much to see in the great city of Indianapolis! Or if you prefer a more leisurely vacation, a simple walk through the cobblestoned streets or a bike ride to see the many historical buildings of the city will suffice. In any case, the Indianapolis trip will surely not disappoint! Each one of you should visit Indianapolis at least once and experience all that it has to offer considering the best time to visit Indianapolis.

Essential travel information and Indianapolis tips for your visit