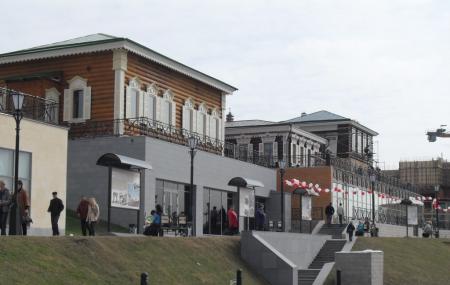 A successful and beautiful restoration project, 130 Kvartal (Block 130) is full of boutique shops, cafes, bars, hotels and restaurants. Made to look like a traditional Irkutsk/ Siberian street, the place is a major tourist attraction. Trivia: Many of the centuries-old wooden houses and mansions in 130 Kvartal (Block 130) were in poor repair. Due to a government initiative, the entire area got a face lift.

How to Reach 130 Kvartal

Love this? Explore the entire list of places to visit in Irkutsk before you plan your trip.

Fancy a good night's sleep after a tiring day? Check out where to stay in Irkutsk and book an accommodation of your choice.

71.88% of people prefer to travel by car while visiting 130 Kvartal

People normally club together Broadway and Irkutsk Planetarium while planning their visit to 130 Kvartal.