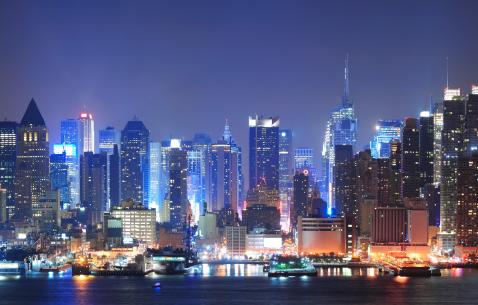 Irvine (/ˈɜːrvaɪn/ UR-vyn) is an affluent city in Orange County, California, United States. It is a planned city, mainly developed by the Irvine Company beginning in the 1960s. Formally incorporated on December 28, 1971, the 66-square-mile (170 km2) city had a population of 212,375 as of the 2010 census; in 2016 the city's population was 258,386. In 2016, Irvine became the largest city in the continental United States with an Asian American plurality, constituting around 45% of the city's population. A number of corporations, particularly in the technology and semiconductor sectors, have their national or international headquarters in Irvine. Irvine is also home to several higher education institutions including the University of California, Irvine (UCI), Concordia University, Irvine Valley College, the Orange County Center of the University of Southern California (USC), Brandman University, California Southern University, Stanbridge College and campuses of California State University Fullerton (CSUF), University of La Verne, Pepperdine University, Alliant International University, Kaplan International Colleges, Fashion Institute of Design and Merchandising, and Webster University.

Irvine is a suburban incorporated city in Orange County, California, US. It is one of the newest and largest cities in Orange County and it is still growing. This city is a well planned city and hence attracts the travelers from all across the land. The place has lots to offer to the tourists.

Irvine, a city located in the Orange County of the state of California is one of the newest and the most affluent cities in the United States. Many prominent companies have their offices Visitors get to choose from various tourist activities in Irvine like spending a leisurely day at one of Irvine's many Parks, Movie Experience, Shopping centres, playing Golf, attending events and festivals. Some of the places to see in Irvine are: University of California, Irvine; Irvine Historical Museum; Woodbridge Community Park; Boomers Park; The Great Park; Oak Creek Golf Course; Ranch San Joaquin Golf Course; Irvine Global Village Festival; Summerland’s, a Reggae Fest, Irvine Barclay Theatre.