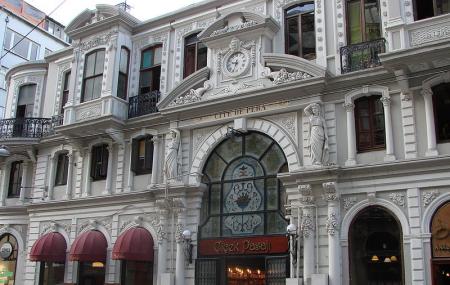 It is one of the grandest shopping venues for the tourists from the different parts of the world. Even before the Russians who came to the market in late twentieth century this place was full of various types of flowers. Therefore, this market is also called the flower arcade. Good food and live music go hand in hand here. This is apparently also the place where the young go to legally partake of alcohol for the first time. Also, visit the popular attractions in the city by following Istanbul itinerary 7 days.

How to Reach Cicek Pasaji

Love this? Explore the entire list of places to visit in Istanbul before you plan your trip.

Fancy a good night's sleep after a tiring day? Check out where to stay in Istanbul and book an accommodation of your choice.

91.43% of people prefer to travel by car while visiting Cicek Pasaji

People normally club together Tesvikiye Mosque and Byzantine Hippodrome while planning their visit to Cicek Pasaji.