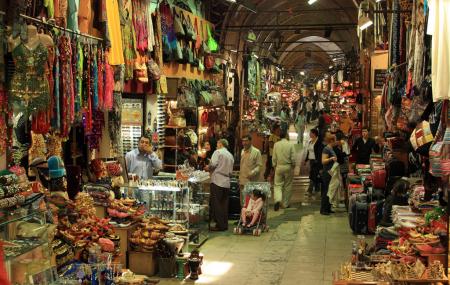 Established in the 1450s this is one of the largest and oldest covered markets in the world. A true example of human hardiness, the bazaar has survived numerous fires, earthquakes and wars and continues to thrive today. Highly crowded, everyone here is looking for the best deal; bargaining is a way of life. Start with a fourth of the asking price and you might end up paying only half of it. It’s a noisy and warm sensory overload, bustling with energy. As for what can you actually buy here? Almost everything! Cafés and diners are scattered liberally over the place. Also, visit the popular attractions in the city by following Istanbul itinerary 2 days.

How to Reach Grand Bazaar

Love this? Explore the entire list of places to visit in Istanbul before you plan your trip.

Fancy a good night's sleep after a tiring day? Check out where to stay in Istanbul and book an accommodation of your choice.

94.97% of people prefer to travel by car while visiting Grand Bazaar

People normally club together Hagia Sophia and Basilica Cistern while planning their visit to Grand Bazaar.