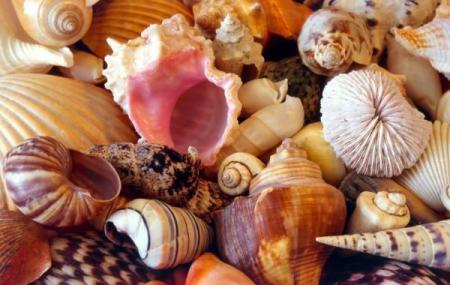 An impressive collection of sea shells especially from India and from all the marine locations of the world can be seen in Jaipur. You will be surprised at this eccentric assortment of seashells. varieties of sea shells collected from the various marine zones of India, along with exceptional collections from the seas of Australia, West Indies, the Mediterranean, North Atlantic, Japan, and the entire coastline of Africa and South America make this an internationally reputed collection.

They have been arranged and classified in such a way that you will also be able to learn a lot about the places that they belong to. The shell families range from the Gastropods- such as the Australian Trumpet, to the Bivalves-such as the Giant Indian Clam. The differences in the structures of these shells have been beautifully exhibited. You can compare the geographical difference in size shape and adaptation of the creatures. Some specimens are a lot rarer than others. Among the rare and exclusive collections, the Glory of India and the Great Indian Chank are the prime attractions. Explore India in just 2 weeks with best guide India Itinerary 2 Weeks