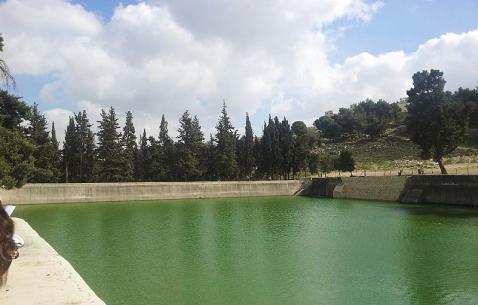 Jerusalem- The land where three religions co-exist, the belief which is as contagious as its historic stories dwells and is one of the oldest cities in the world. The city is considered a Holy place in Judaism, Christianity and Islam. Its proximity to the Dead Sea and Biblical pathways where you can relive history are nothing short of time-travel.

Jerusalem has had its share of troubles and many kingdoms have ruled its land including the Ottoman, British and the Jordanian- Israeli. The latest archaeological discovery- a 7,000 year old settlement from early Chalcolithic period is only a tip of its ancient treasures.

The city occupies a plateau in the Judean Mountains and is the place Jesus Christ lived and died. The city is the birthplace for Christianity and marks its importance in many scriptures.

The old part of Jerusalem is divided into 4 quarters- Christian, Jewish, Armenian and Muslim and occupies the Western Wall (or wailing wall), Church of the Holy Sepulcher and the Dome of the Rock among other attractions. The Holy Temple located on the Temple Mount is a place of worship for ancient Israeli and the Jewish population of Jerusalem.

Ceramics of the City of David date back to the 4th millennium BCE along with innumerable archaeological findings which have been discovered in and around the city.

Seeing Jesus’ Christ’s tomb including the anointing stone on which he was laid down only scratches the surface of the city’s mystique and wonder. Say a little prayer at the Western Wall or visit the innumerable ancient tombs and caves which breathe stories into Jerusalem.

The city of Jerusalem, without doubt surpasses religions, boundaries and ethnicities and it is this very fact which boosts Israel’s tourism unlike any city in the country.

The times in Israel have changed and underneath all the controversies of the modern world, the city still maintains its authentic charm and holds its history close to its heart. If you love history or are simply looking for a mythological adventure, a visit here will leave you stunned, amazed and in love with Jerusalem.

Essential travel information and Jerusalem tips for your visit

Plan Your Trip To Jerusalem

The best tours and activities in the city, guided by experts to give you a local insight to the best of Jerusalem