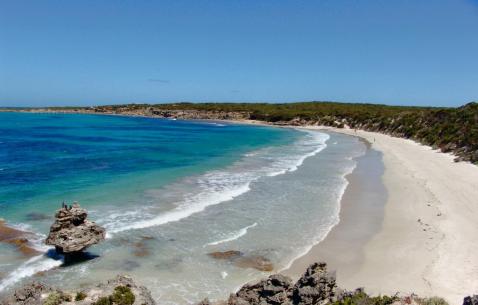 Located just off the South Australian mainland, Kangaroo Island is the third largest island of the continent. Famed for its bountiful natural vegetation, diverse wildlife and immaculate beaches, Kangaroo Island is on the trip planners of several explorers. Also, the island is well-known for its delicious food, wineries and the special honey extracted from rare Liguarian bees.

Detached from the continent 10,000 years ago, Kangaroo Island was first inhabited by Aboriginal tribes. The island was colonized by the Europeans in the 19th century after British Explore Matthew Flinders and French commander Nicholas Baudin arrived in the island one after the other. However, proper settlements in the region, especially Kingscote began in the 1830s after independent settlers reached Kangaroo Island.

The itineraries of Kangaroo Island usually involve native bushlands brimmed with exotic wildlife, picturesque underground caves and pristine bays. For years, it has been considered home to kangaroos, penguins, echidnas, and many other species of birds and animals that are endangered.

Kangaroo island is also known for its rugged rock formations and national parks cloaked with lush-green trees and shrubbery. There are also a number of adventure sports and activities to do like snorkelling, scuba diving, swimming and surfing that add to the island’s attractions.

Abundance of natural reserves, wonderful marine life and delectable food and wine made Kangaroo Islands the 4th largest tourism centre in Australia. So, drives here on your next holiday, explore various places to visit in the Island and lastly, treat yourself to a sumptuous local meal.

Essential travel information and Kangaroo Island tips for your visit

Plan Your Trip To Kangaroo Island

The best tours and activities in the city, guided by experts to give you a local insight to the best of Kangaroo Island