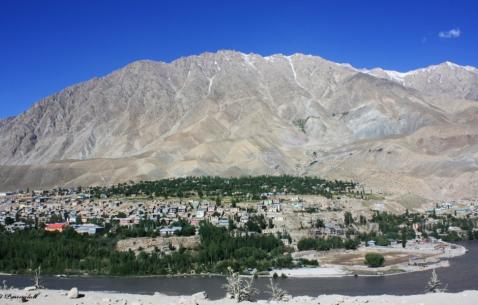 One of the most stunning and enthralling tourist destinations in northern India, Kargil is located in the state of Jammu and Kashmir. Situated in the Ladakh region, it is infamous for Operation Vijay (Kargil War) which was fought in the year 1999 between India and Pakistan.

Being the second largest town in Ladakh after Leh, Kargil is a beautiful place that you must visit while on you Ladakh tour. Surrounded by mountains all around, you will find ancient Buddhist rock carvings all over the Kargil valley region, particularly in areas like Dras and lower Suru Valley. The people of Kargil were Buddhists till the 14th century, after which most of the people converted to Shia Islam when Muslim missionaries began to evangelize the local people.

While exploring this mesmerizing heaven, one of the places to see in Kargil is the Dras Memorial. It is a war memorial built by the Indian Army in memory of the valiant soldiers who lost their lives during the Kargil War. A humbling reminder that freedom is not free and that many brave soldiers give up their lives to protect our independence.

Essential travel information and Kargil tips for your visit