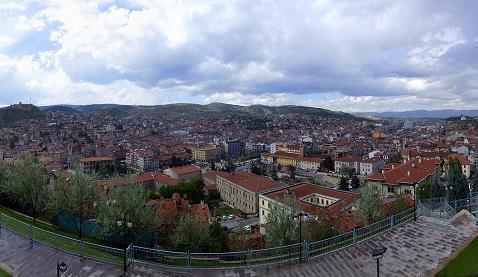 A lovely ancient place nestled on the banks of the Gok river, Kastamonu is a quintessential Turkish city. Believed to be founded during 18th century BC by Roman emperors, the town was originally known as Timonion. Kastamonu, earlier a Byzantine town, was captured by several rulers and dynasties till the 15th century. The historic charm of this city can be seen even today from the ruins of monuments and castles which intercede the modern structures and buildings of the last few decades.

The most prominent event which led to the fame of Kastamonu is that of Ataturk, founder of the Republic of Turkey, choosing this city to instigate the Dress Code Revolution in 1925. The building where he made his famous speech at the Cumhuriyet Halk Partisi building has now been converted to an archeological museum and can be visited even today!

In the past few years, Kastamonu has undergone a massive transformation and is no longer simply a historic town. It also houses a plethora of modern structures, buildings and institutions. It is a tourist-friendly place with lots of wonderful sightseeing opportunities, museums, historic landmarks, parks and architectural marvels.

The old-world charm and the aura of the historic era can be felt while crisscrossing through this city even today. A tour of Kastamonu makes for an interesting experience, especially if you are tired of visiting the typical crowded tourist spots in the popular Turkish cities. Effortlessly idyllic, the city of Kastamonu is a great way to experience and soak-in the Turkish history and culture.

Essential travel information and Kastamonu tips for your visit