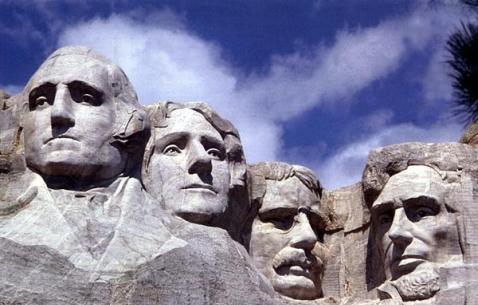 Named after the keystone, Masonic symbol, the town of Keystone is located in the state of South Dakota amidst the beckoning black hills. The quaint town which is all green is the right place for people who love to escape from the constant buzz and the commotion of the city. Keep your electronic gadgets for a while, cleanse yourself and breathe in some fresh air amidst the beauty of the wonderful nature. With a couple of attractions to see, shopping centers, and restaurants, Keystone will provide a perfect escapade from the city life while keeping you interested.

Witness the historically popular granite sculptures of the heads of the U.S. Presidents of Abraham Lincoln, Theodore Roosevelt, George Washington, and Thomas Jefferson, sculpted in the Mount Rushmore of the Mount Rushmore National Memorial. Hike along the fascinating President trail that is little on the tougher side. Keystone also has its own version of Madame Tussauds in the form of National Presidential Wax Museum that carries the wax figures of the famous U.S. Presidents and the detailing of the structures is something to wonder about. When you are bored of your hotel room, head to the gorgeous Horse Thief Lake for camping amidst the natural greenery overlooking the pristine lake.

Essential travel information and Keystone tips for your visit