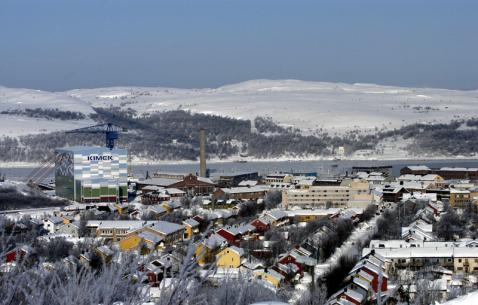 To the extreme northernmost stretch of Norway further above the Arctic Circle as well, lies the fin mark city of Kirkenes. The town of Kirkenes surrounds the mining company by the name of AS Sydvaranger that mined iron ore first, in the year 1996. This remote easternmost town of Norway was envied by most for its gateway position, ice-free harbor and proximity to various coal and nickel mines.

The city was targeted majorly during the Second World War and was bombed about 300 times. Kirkenes was very sensitive during the cold war as well.The city after this was almost entirely destroyed. The Second World War memorials and the underground bunkers built like caves by the Germans, once used for shelter and safety by the residents of the city, are now mesmerizing attractions of Kirkenes.

The strategic location of the city is its major asset. Water and air are the easiest modes of transport to the city of Kirkenes.The city of Kirkenes wouldn’t take you much time to explore. The town has a more rugged and subarctic landscape that ranges from the rocky coastline to Tundra and the vast dense forest.

Although, however remote or isolated the city may seem, it serves a lot of entertainment during the winter months especially.Several attractions like museums, nature reserves, monuments, etc. are part of Kirkenes. The city also has various tours and sightseeing. Exciting safari tours, husky tours, boat tours, private tours, an ice fishing expedition, etc. can definitely be an exciting and adventurous part of your trip to Kirkenes.If you are lucky you may spot some reindeer, foxes or bears during your tour. The Fjords of Western Norway are referred to as the best preserved attraction on UNESCO’s World Heritage List. Take the Norway in a nutshell tour to explore the magnificent Norway fjords. As a side note, on your trip to Kirkenes also visit Oslo the capital of Norway.

Essential travel information and Kirkenes tips for your visit