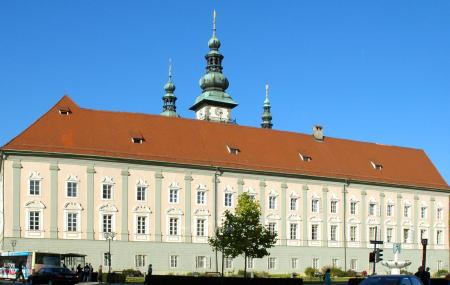 Right in the middle of Klagenfurt, this beautiful courtyard-building supplies enough intrigue and entertainment to take up an entire day. The Italian style structure is newly renovated – everything looks fresh. Today, it is the seat of the local assembly, but there’s plenty for a tourist to do. The main highlights are:

How to Reach Landhaus

Love this? Explore the entire list of places to visit in Klagenfurt before you plan your trip.

Fancy a good night's sleep after a tiring day? Check out where to stay in Klagenfurt and book an accommodation of your choice.

90.51% of people prefer to travel by car while visiting Landhaus

People normally club together Benedictine Market and Stadtpfarrkirche St. Egid while planning their visit to Landhaus.