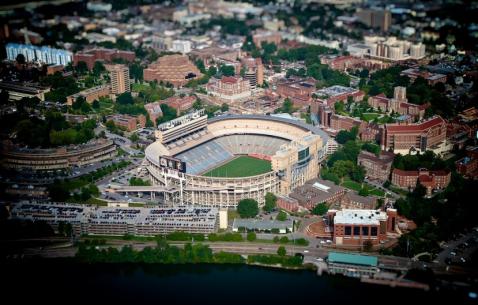 Knoxville charisma is multi-dimensional- an agonizing history spun into victorious moments, downtown market which radiates classic 19th century ambience with its building and architecture and romantic cafes that line sidewalks, a range of theatres which add to its performance pulse and the night clubs which make Gay street a popular night haunt!

Knoxville has its humble beginnings as a small town began in the 18th century when the town was first capital of Tennessee and the Civil war truly bruised the town. Post the war, the city sprang back to life by becoming a wholesaling and manufacturing center and after a dip in its economy in the 1920’s, Knoxville found its feet by hosting the 1982 world fair. You can still see the remnants of the 1982 World's Fair in the ‘Sunsphere’ which is still a part of the city’s skyline!

Knoxville is popular for the range of artists who call the town their loving home- Mary Costa, David Keith and James Agee among other greats.

Today, the city offers a rare treat of Victorian history, vibrant night life, and a rather thrilling sports history which makes the ‘small-town’ seem bigger than ever. The city promotes football, Basketball, Ice-Hockey and Rugby and often you will be just in time for a new game in the city! The University of Tennessee and the Women's Basketball Hall of Fame are what truly highlight Knoxville in Tennessee (Tn) on the global map and if you look close enough you can see just how much the town has evolved to embrace the changing times.

If you however, like to escape the buzz of the city life, a visit to the nearby Great Smoky Mountains National Park and a walk around the Tennessee river is perfect to explore more than the city’s urban tourism attractions. And for those who love to carry a little bit of the city back home with them, you will be spoilt for choice for shopping in small boutiques and antique stores.

Essential travel information and Knoxville tips for your visit

Plan Your Trip To knoxville

The best tours and activities in the city, guided by experts to give you a local insight to the best of Knoxville