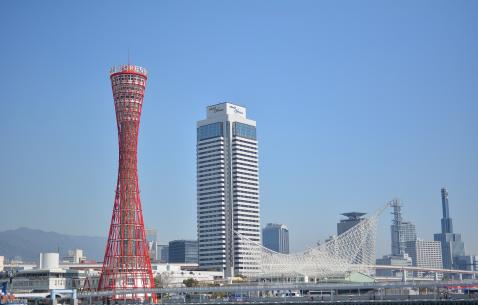 The history of this place is said to have begun with the construction of the Ikuta Shrine by Empress Jingu in AD 201. However the city itself did not exist 1889. Compared to other major Japanese cities, Kobe’s political history is quite fractured. For a brief time in the 12th century it was capital of Japan. It is also the site of one of Japan’s most important historical battles – the battle of Ichi-no-Tani of the Genpei war.

Much of the local development was precipitated by the city is location close to the sea. In 1853, when Japan’s by the sea of seclusion was ended, Kobe was one of the first port cities. During World War II Kobe suffered some air-bombing damage, with about 20% of its area destroyed. Of late, the only notable historical event to have taken place here was the 1995 Hanshin earthquake. As a result of the earthquake, the city lost its position as one of the top ports in Asia.

The layout of the city is long and narrow, as it lies between the coast and the mountains that run parallel each other. The city has a population of 1.5 million people. Several major Japanese companies have their headquarters here, including Kawasaki Industries and Mitsubishi Motors.

Essential travel information and Kobe tips for your visit

Plan Your Trip To Kobe

The best tours and activities in the city, guided by experts to give you a local insight to the best of Kobe