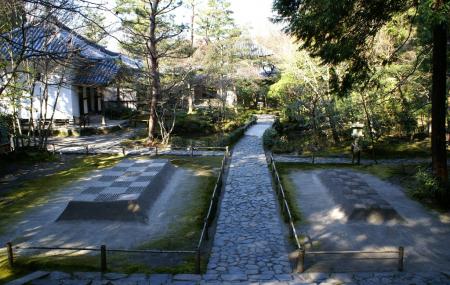 A picturesque temple, everything about the Honen-in is charming, right from the approach road to its moss covered gate to the actual temple itself. Established in the year 1680, the temple honours Honen who was the founder of the Jodo sect. A popular hanami in Kyoto, the temple is a must visit during April to witness spectacular cherry blossoms. The main hall of the temple, Hojo Hall, houses paintings by famous artist Kano Mitsunobu. However, the hall is open to the public only during the first two weeks of April. Plan your visit accordingly.

Love this? Explore the entire list of places to visit in Kyoto before you plan your trip.

Fancy a good night's sleep after a tiring day? Check out where to stay in Kyoto and book an accommodation of your choice.

85.71% of people prefer to travel by car while visiting Honen-in

People normally club together Kyoto Botanical Garden and Maruyama Park while planning their visit to Honen-in.